Canada are we moving forward? or just very slowly backwards? 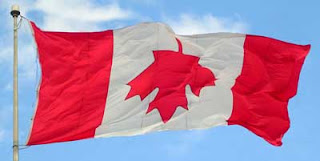 I ask this question because i cant help but understand the way the Canadian government operates, how Harper operates. How has nothing good changed in this country for so long and how has nothing really positive happened to Canada in the last 4-5 years?, I'm sure there are a few very minor happenings but i myself cannot name one, all i see is a country that is influenced so much by other countries mostly USA but also instead of adopting most of the policies of our brother country they slowly revert them and move back taking years off our progress in this fine nation, there must be a bigger picture here that im missing if were not following the states hand and foot and certainly not adopting any British laws, what are we doing this? cant all be Harpers work, why are our laws changing for the worse when we've moved past these things these small problems that millions are spent on but never solved. like i can name one of the biggest that i seen recently with the drug laws, for years USA has been slowly opening new doors and bringing the Marijuana revolution aboard, adopting policies state to state to OK Medicinal marijuana and move forward, god knows are freaking drug laws aren't working when millions of kids get sent to jail everyday for just possessing pot, the millions that are spent to prosecute and turn our young generations in to full fledged criminals because we all know when a small time man goes to jail for the first time the biggest thing he learns is not to change his life choices and be better , but he learns how to become a better criminal and not get caught as easy, debate it or not but its mostly true. and nows here we are 2012 and November is here with Americas great policy to legalise marijuana in a few states and it has been voted in, the people agreed and more people that even came to vote for obama that day came to vote for marijuana, i figure that most people realise in this day an age that 1 vote or any in an American election means jack shit. well back to it..the same fucking day that America makes weed legal in 2 states and medical legal in a few more Canada pushes forth its version of the way of weed in Canada and adopts a policy to criminalise people, bring them to Jail for a minimum of 6 months for 6 plants or more. so if the government leaned nothing from America and the rest of the world and made these laws on there own, what are they thinking, who really is in control?..because we spent the whole life of Canada being the lil brother of the states and doing what it says and walking hand and foot with them. i remember back when Cretian was our Prime minister and he wanted to decriminalise and a day or 2 later the USA drug Czar came up into Canada and changed his mind pretty quickly and this has been happening for years, so what is our problem now, this is what scares me what is Canada's gain out of criminalising weed, if they think were gonna flood the borders with pot their stupid because the 2 states that have been legalised are close if not on the border. something is up there must be some huge billions dollar scheme to keep weed from getting to the people, pharmaceutical/health care, Energy, or logging companies. but USA is moving forward ..what is this a trick, is there a reason why these laws got pushed through on the same day obama came president, all the pot headed free thinkers wouldn't go vote because they were going to vote for weed or something... it cant be that easy to change something in one country and the other go the opposite..so many questions and only my free mind can answer for now..."Use your mind, think beyond the box of media and propaganda, if something is weird ,question it ..it is our only free right left.
Posted by TLmind at 20:36 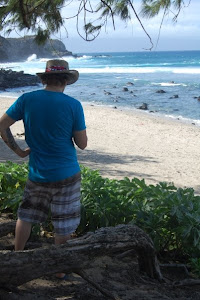 TLmind
enjoy my many writing of every topic imaginable, written in a way thats sure to entertain and enlighten..